This Inn, a 10,000 square foot southern mansion set on 6+ wooded acres, designed and built by the owner and her family, has the feel of times past: for sale

This Inn, a 10,000 square foot southern mansion set on 6+ wooded acres, designed and built by the owner and her family, has the feel of times past

Simpsonville is a city in Greenville County, South Carolina, United States. It is part of the Greenville-Mauldin-Easley, Metropolitan Statistical Area. The population was 18,238 at the 2010 census, up from 14,352 in 2000. The population had risen to an estimated 24,221 as of 2019. Simpsonville is part of the "Golden Strip", along with Mauldin and Fountain Inn, an area which is noted for having low unemployment due to a diversity of industries including Para-Chem, Kemet, Sealed Air and Milliken.

The Burdette Building, Cureton-Huff House, Hopkins Farm, and Simpsonville Baptist Church are listed on the National Register of Historic Places.

Simpsonville is located in southeastern Greenville County at 34.733375, -82.260001, between Mauldin to the northwest and Fountain Inn to the southeast. The center of town has an elevation of 866 feet (264 m) above sea level.

South Carolina Highway 14 runs through the center of Simpsonville as Main Street, leading north 16 miles (26 km) to Greer and southeast 5 miles (8 km) to the centre of Fountain Inn. The center of Mauldin is 4.5 miles (7.2 km) to the northwest via South Carolina Highway 417. Interstate 385 passes through Simpsonville west of the city center, with access from Exits 26 through 29. I-385 leads northwest 14 miles (23 km) to the centre of Greenville and southeast 28 miles (45 km) to Interstate 26 near Clinton, Columbia, the state capital, is 89 miles (143 km) southeast of Simpsonville.

Abiding Peace Academy is a K2-5 grade school of the Wisconsin Evangelical Lutheran Synod in Simpsonville.

Simpsonville has a public library, a branch of the Greenville County Library System.

The center of the home is a 2000 square foot gathering room with 24' ceiling, "Gone with the Wind" style staircase and balcony. Eighteen columns and eighteen chandeliers surround the room with elegance. The perfect setting for your Wedding Ceremony!!  The beautiful, totally glassed-in, Crystal Pavilion is wonderful for your Reception. Dance, eat and drink under the stars in an outside lighted atmosphere. The Inn can accommodate any event from a romantic get-away or business function, to a reception for 300 people. The 4 luxury bed and breakfast rooms have fireplaces with beautiful wood carved mantels, private phones, TV's, and private baths with oversized double-headed steam showers, jacuzzies, TV's, and sauna. The Inn provides its own on-site catering and has a full liquor license.

Delight your guests for dessert with your beautiful Wedding Cake and enjoy throughout the evening a display of Fruits & Cheeses or a wonderful Chocolate Fondue or Dip Station.  Served in a formal atmosphere with a celebrity feel, your reception will only be mirrored as to a Hollywood Garden Party. Your choices from hundreds of Linen, China & decoration selections will individualize your weekend events from the Rehearsal Dinner, Bridesmaids Luncheon to your incredible Reception. 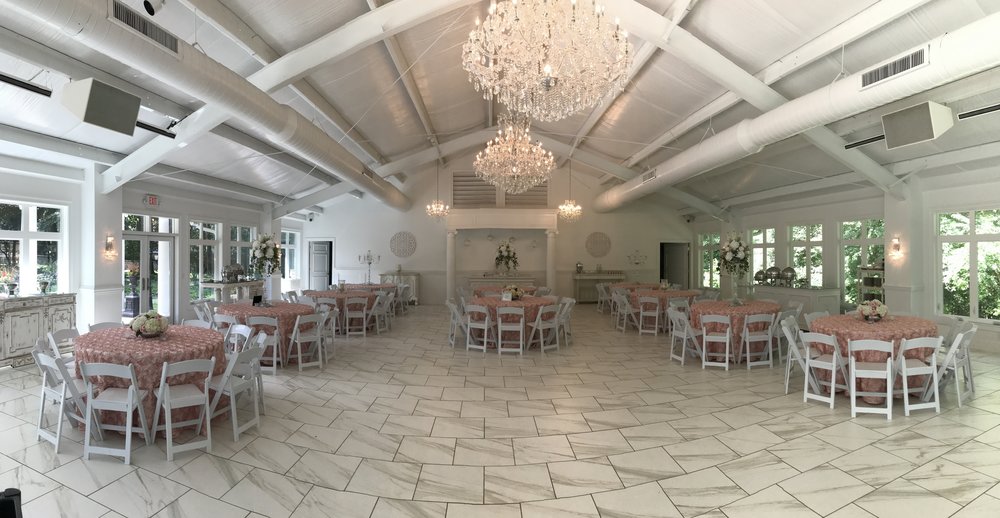 Our "once in a lifetime" wedding ceremony can take place on the master staircase in the Mansion, in the Crystal Pavilion, or at our outdoor Greek Columns under the stars. Then enjoy your enchanting reception in the indoor/outdoor Garden atmosphere of the Crystal Pavilion &  Charleston & Savannah Bars.  The Inn accommodates up to 300 guests. 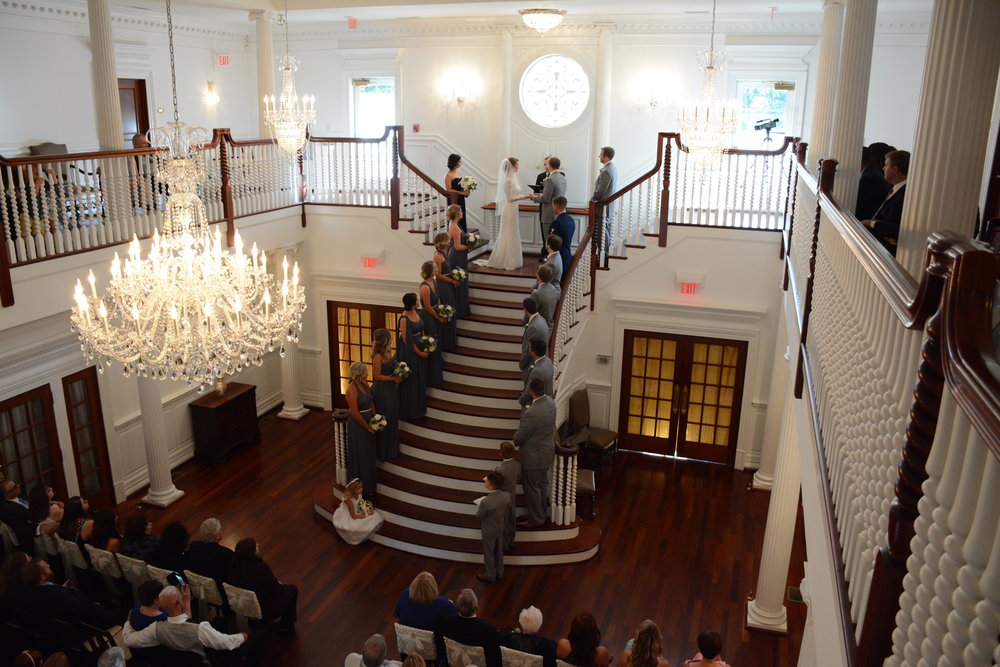 Be presented as Mr. & Mrs. into the beautiful Crystal Pavilion. The Pavilion is glassed with windows to ensure an "outdoor feel" event, with the comforts of air condition, crystal chandeliers, and a white porcelain floor. Your guests will enjoy the outdoor Savannah Bar built on a 2 level deck overlooking the wooded Arbor section with iron furniture and outdoor brick fireplace. A unique event, like no other, happens at the Ryan Nicholas Inn. Dance the night away with great Food, Beverage (full Beer, Wine & Liquor license), and your closest family and friends. 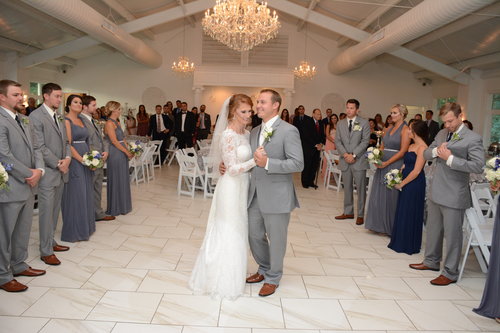 The 4 luxury bedrooms at the Inn can be rented for that special anniversary, birthday or romantic getaway during the week. 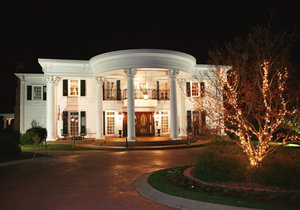 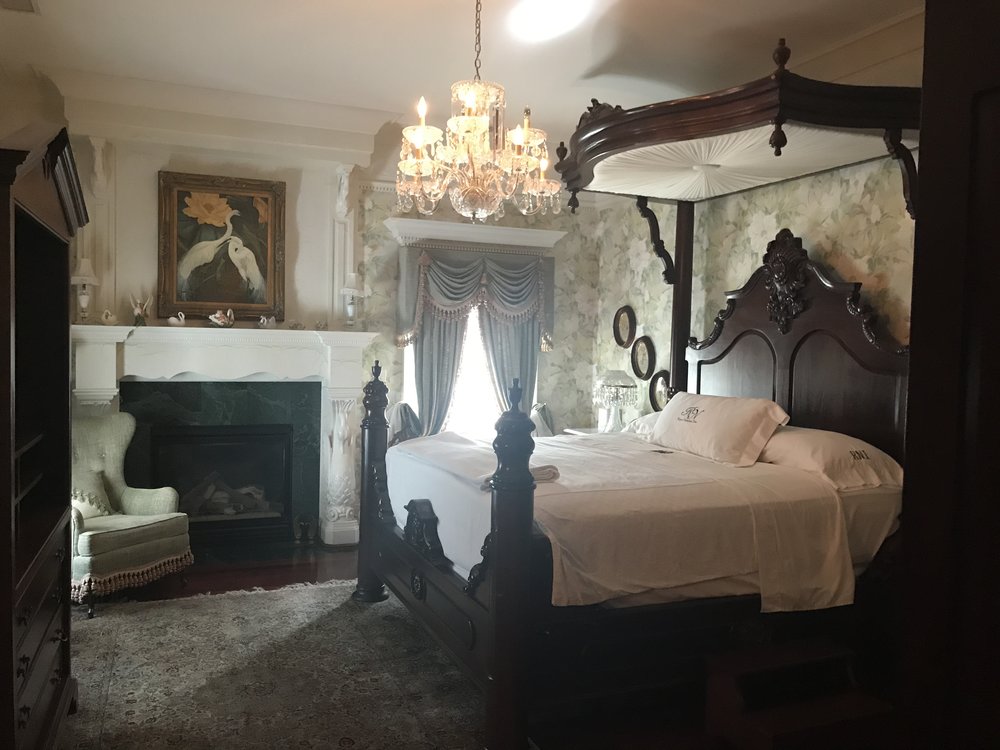 Summer Breeze - 1 King and 1 Queen Bed, sleeps up to 4 people 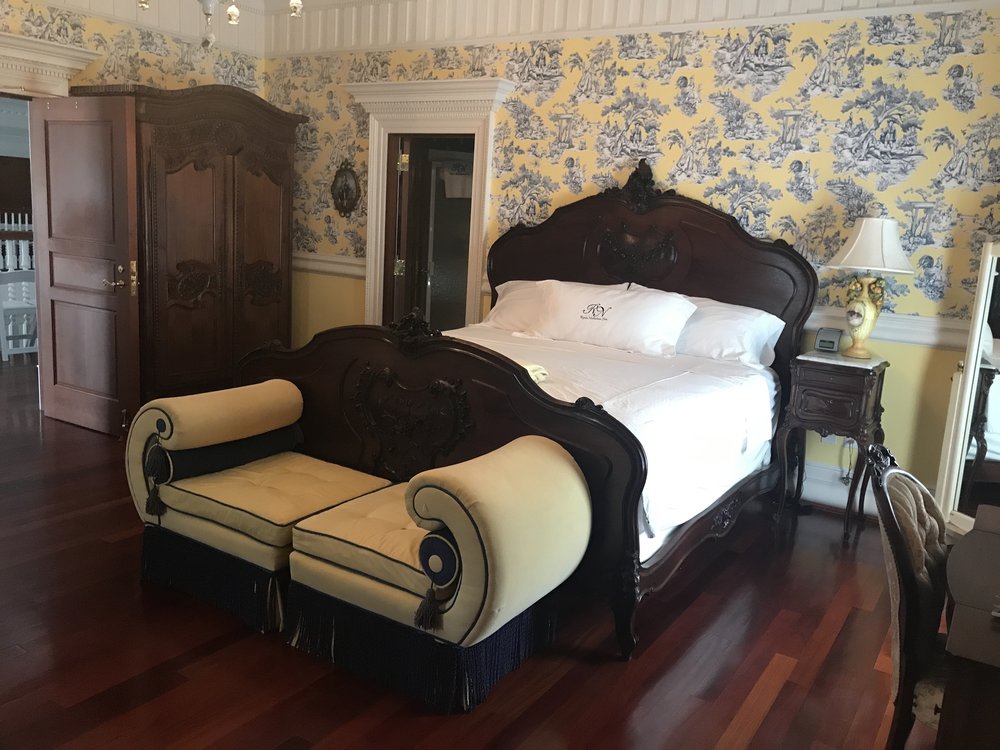 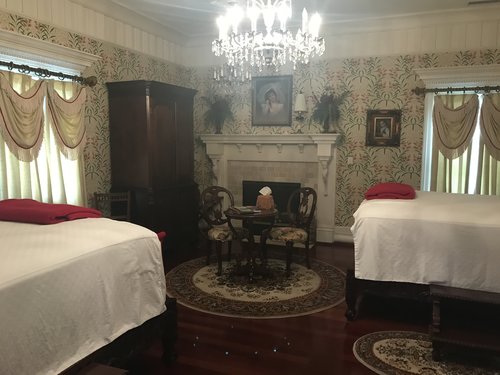 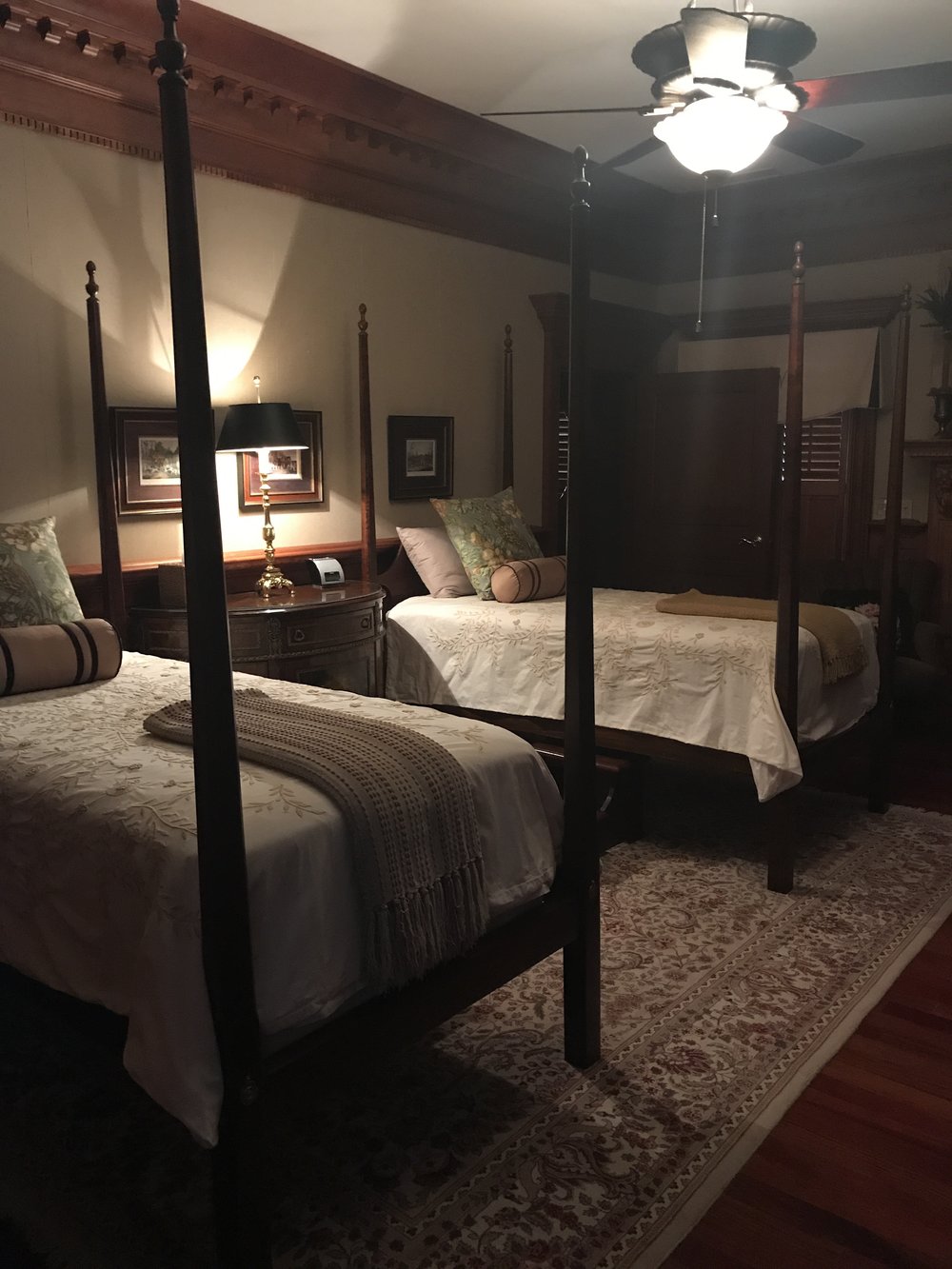